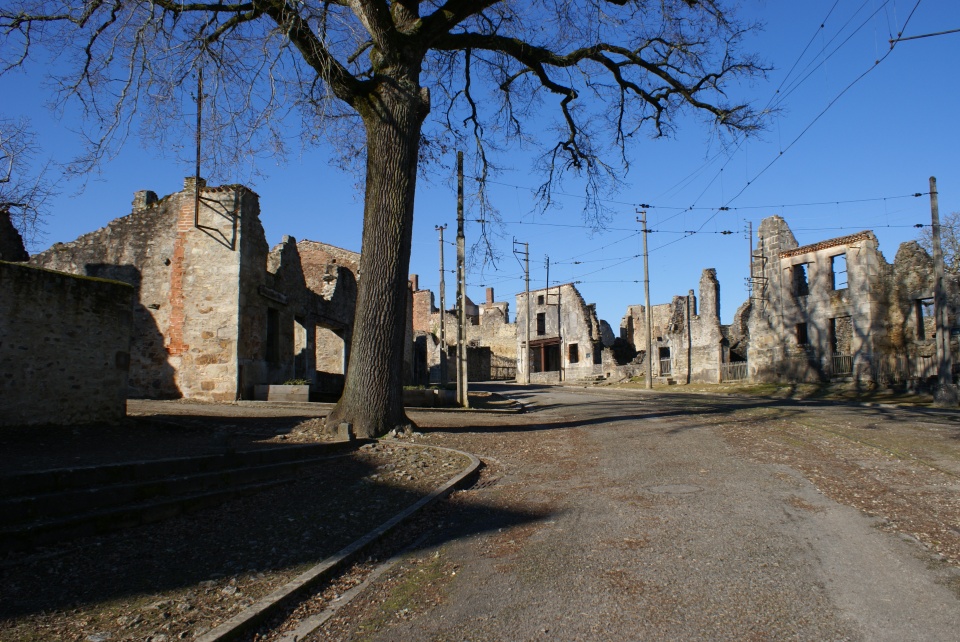 There’s probably no more shocking place on the whole planet which can realize to a greater degree the cruelty of the World War II. Even Auschwitz doesn’t leave you so devastated as you deal there with exhibitions, terrible ones, but you still have a feeling that you’re at the museum, with thousands of noisy visitors around you that prevent you from identifying with a situation of prisoners and from stopping for a while and starting thinking deeper about the tragedy you are looking at. At Oradour-sur-Glane you have perfect conditions to fully realize how inhuman this war was, how huge was the suffering of millions of ordinary people. But let’s start from the beginning. 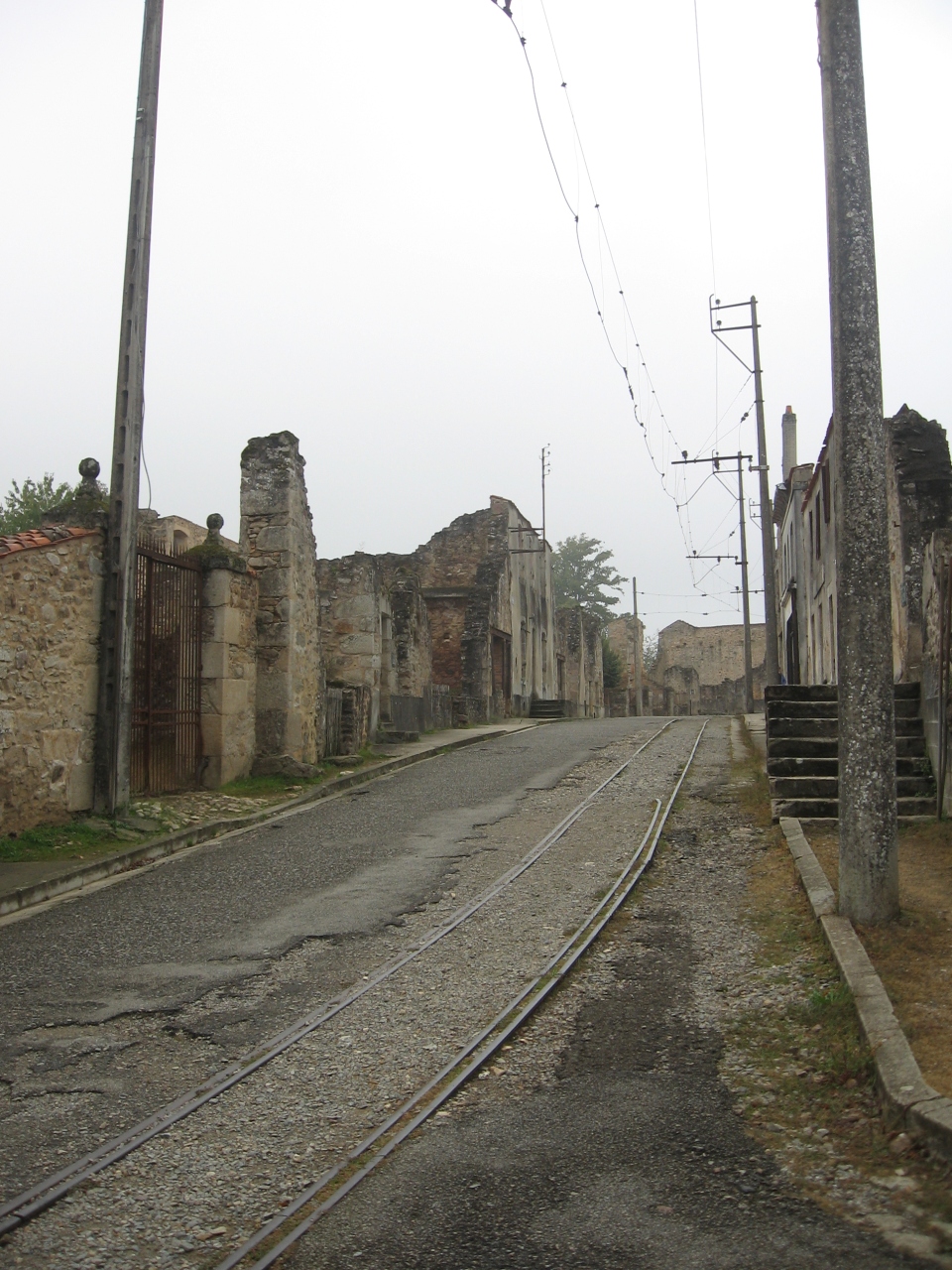 “Oradour-sur-Glane, crucified with such atrocity by German barbarity, was a charming, attractive, small town of Limousin[…] pleasantly situated on the banks of the Glane, a picturesque river […].” But on 10th June 1944 the town stopped existing.

Limousin was the area of France with quite strong resistance to the Vichy regime and nazism in general. Early on the morning of 10th June, the 4th SS Panzer Grenadier Regiment “Der Fuhrer” got an information that presumably a Waffen SS officer had been captured by the Resistance and that he was being hidden in a town called Oradour-sur-Vayres. In order to take a revenge on the French, “Der Fuhrer” Regiment marched into the town Oradour-sur-Glane, most probably having confused it with the other town mentioned above (both names were very similar). They ordered all inhabitants of the town to gather in order to check their documents. Instead of that, they began the massive execution of all of them. Men were placed in six sheds, women and children – in the church.

The victims were not shot to death; there were shot at legs and then set to fire as they were unable to move or escape. Within couple of hours this once a vivid and cute town completely vanished. All its inhabitants (except a few of those who managed to escape) were burnt alive, more than 600 human beings!

After the tragedy someone got an idea to leave this place the way it looked the very day. The town was rebuilt nearby but the area of martyrdom stayed untouched. Nowadays, after more than 60 years, this place is the most terrible evidence to the Nazi crimes. You walk down the streets of Oradour, you pass old cars by, you glance at gardens and half-burnt houses with equipment lying all around, and only then you realize, you see it with your own eyes, you get the feeling as if you were there, June 10th 1944 and saw it all. And that’s the worst part. For some it’s very difficult to recover from the trauma after having seen all this, after having been so close to the Nazi crime. I was devastated too, even though due to my job I encounter countless number of testimonies from the World War II and German concentration camps. You simply cannot stay indifferent after a silent walk around the town. The silence is so terrifying that it nearly kills you.

the quote taken from: “Oradour-sur-Glane: A vision of horror” by Guy Pauchou and dr. Pierre Masfrand, 2003 edition 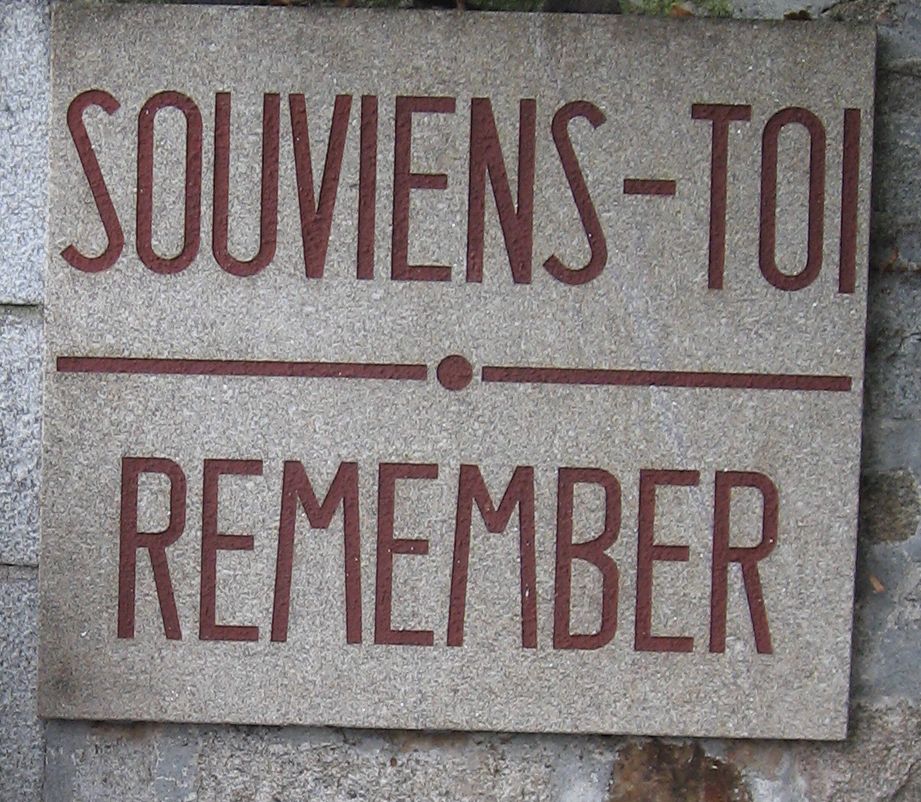 ← The Lenin Museum in Tampere, Finland
Moldova – between Russia and Europe →